A sustainable and high performing system on a living soil

A sustainable and high performing system on a living soil (.pdf)

The farm is located in Saint-Aubin-des-Ormeaux in the east of the department of Vendee belonging to the region “Pays de la Loire” in France. This municipality is located near the Sevre Nantaise river in a bocage landscape. The climate is oceanic. In a year, the average rainfall is 765 mm. The average altitude is 104 m, it varies from the low point of 52 m to a maximum at 141m. 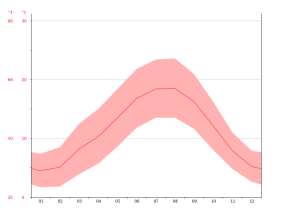 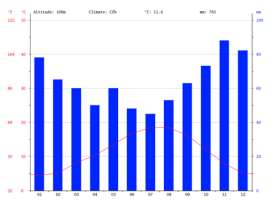 The farm belongs to Frédéric BARREAU and his father since 1983. First, the farm area was 70 ha. They raised sheeps, poultry label and a breeder-fattener system holding comprises an average of 20 suckler cows. The farm has changed over the years. They have stopped the sheep farming and the number of suckling cows has gradually increased to reach today 64 cows and 2 poultry label buildings. The breeder-fattener system has been maintained. In 2008, they got a certificate
confirming the registration of cattle herd in herd book Limousin. First, they grew a variety of crops including Italian Ryegrass, corn and wheat. The feeding of the herd is based on a grazing system since some years. Currently, 60 ha are multispecies grasslands and 10 ha are sown in triticale. The soil dries quickly because it is sandy and rests on shallow granite. Therefore, the soil is the most limiting factor for annual crops. The increase of the intensity and duration of drought, the fall in meat prices and the desire to preserve the soil are the reasons that led Mr BARREAU to drive his polyculture model to a grass-based breeding system.

The first step was to remove silage maize and increase the part of grass area. The farmer also adopted the direct seeding system in 2008. The grazing system has been linked to the conduct of the herd to maximize grass intake during demanding times of the animals. Therefore, the herd is driven to have as few animals as possible with important needs during the summer drought period. The calving season starts on august and 85% of calving are done on two months.

The farmer has implemented strip grazing. The pasture area is grazed by setting two moveable fences in front of and back to the animals. Fences are moved once per day. This grazing management allows a good spread of animal waste on and up to consume some of the standing hay to limit costs. The farm is equipped with an underground water network beneath the whole pasture area.

The reduction of loads is maximized about mecanization and inputs make a win about 2200€ per year.

This driving objective allows to take out surplus grass as quality silage or early hay for feed in winter. It allows to keep animal productivity by being economical. This mowed area is then reintroduced in its entirety for summer grazing with a bit of anticipation. All the lots of breed are managed in the same conditions and in this way the grazing season can be extend until September while the majority of farmers are feeding their animal sooner in July. The soil quality contributes at
the growing process of the grass and the high cover during summer helps maintain soil moisture and keep soil alive.

This system is sustainable because of the soil preservation. It is resilient because of low input consumption. The low level of mechanization decreases loads and the implement of strip grazing management have made inputs 2200 € per year lower. Farm is also competitive because of low labor need (disposal income of 2.3 SMIC (guaranteed minimum wage)/LU). The work on call in winter time is about 5 hours, and 2,5 hours during pasture season. An additional half hour is
added in case of strong warm period to insure the good water intake for the animals.

Thanks to this management, the stocking rate has increased from 1,5 UGB to 2 UGB in a couple of years. It has also reduced the stock forage part in diet to 1,2 ton per UGB while the norm is 2 tons in this area. This system allows a grass yield up to 7,5 tons of dry matter per ha while the average potential is about 6 Tons in this area with usual conditions of rainfall and temperature. This economic system is not really dependent of the european Subsidies (100€ per Ha for a year by the historic reference). 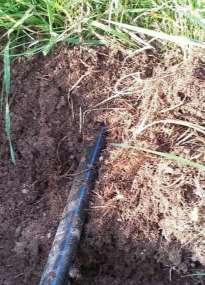 Illustration of the soil life: this pipe was drop 6 years ago on the floor

This innovation can be disseminated to other places by adapting it to the weather conditions. Keeping a suitable feed security part (to be defined according to the pedoclimatic potential) must be an objective to maintain resilience to climate hazards that become a major risk factor. Exchange and sharing remains an important value for reinsurance and avoiding pitfalls, as Mr Frédéric BARREAU did during the transition of his system (WEB, forum, exchange group, training,
etc.). This is an important point that allows him to keep moving forward. Each new system need to find the good balance between grazing and stocks for be safe in case of dry period. That’s one actual risk.

In his farm management, with the increase of the stocking rate, Mr BARREAU Frédéric has highlighted some new points of fragility: