The farm from Finnema is located in the northern part of the Netherlands, in the province Friesland. Finnema milks around 200 dairy cows on an agricultural area of 116 ha. This area is all grassland, bot conventional grasslands (around 95 ha) and natural grasslands (around 21 ha). The soil type is partly clay and partly peat. The dairy cows graze around 7 months per year. The Holstein-Friesian dairy cows of Finnema produce on average 8,800 kg milk per cow per year. Finnema is especially interested in the soil quality. He focuses on the chemical soil fertility of his grassland to get a higher yield. The fertilisation plan of the Finema farm is based on the so-called “Albrecht-method”. 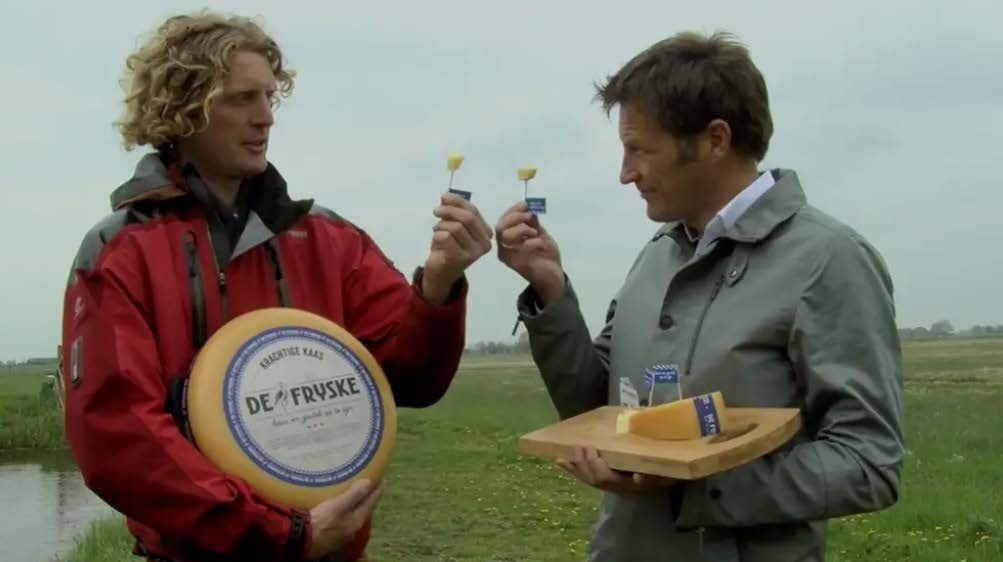 The milk of the farm of Finnema (left) is processed into De Fryske cheese (https://www.defryske.frl/boer-albrecht/)

The “Albrecht-method” was developed by the American soil expert William Albrecht. William A. Albrecht (1888-1974) was an authority on the relation of soil fertility to human health. Dr. Albrecht saw a direct link between soil quality and food quality – a link which necessarily lent itself to human health. His work made clear that health stems from the soil. He drew direct connections between poor quality forage crops, and ill health in livestock. He developed base-level requirements for soil nutrients which are still being used.

Albrecht believed in getting optimum soil conditions by using soil analysis and his mineral balancing principles. Plants will then use nutrients according to their needs. This was later called the Base Cation Saturation Ratio (BCSR) theory of soil interpretation.

Albrecht revealed the importance of the balance equation, that it isn’t enough to have nutrient to soil connections, it is the ratio of one element to another that counts. Albrecht’s insight further revealed that an ounce of prevention in the form of balanced plant nutrition from fertile soils is better than a pound of cure using dangerous poisons.

In a nutshell, Albrecht strongly believed there can be no high quality nutrition in foods without high soil fertility where the foods are grown or raised. Almost by definition, high fertility includes optimum levels of both organic matter and a complete, balanced array of nutrient minerals.

Finnema is enthusiastic about the use of the Albrecht-method. He believes it improves the yield through focus on the soil fertility. It increases the amount and the quality of the grass production while using less fertiliser (in particular less calcium ammonium nitrate).

This innovation will only work if the farmer is really interested in soil fertility and if the farmer believes in the strength of the Albrecht-method and is willing to act to the principles of this method.

This innovation will be used in a limited number of farms.